Have you ever dreamed of escaping the city to live the farm dream? Do you love local food? Long drives through the country side?  If so, join us at Garlic, Goats, and Going Rural: Three Stories of Farming Through a Jewish Lens, for an evening of getting to know real life people who have pursued the dream.

Our evening will start with 2 local Jewish farmers,  Daniel Hoffman and Debbie Nightingale who will speak about the highs and lows of farming and how Jewish traditions help to guide and ground them in their work. 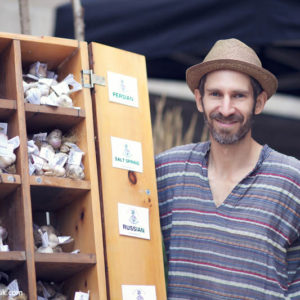 Daniel Hoffmann is an organic farmer and social worker who runs The Cutting Veg Organic Farm. This social enterprise, based in southern Ontario, aims to cultivate personal, social, environmental and economic health through organic agriculture. Daniel’s work encourages lifestyles that are healthy for families and the planet by providing local, organic produce through farmers markets in the GTA, as well as supplying box-program providers, restaurants, and CSAs. Daniel also runs the Global Garlic project growing approximately 20 varieties of garlic including Israeli, Russian, Persian, Korean, Italian and more. Further, Daniel works in collaboration with Jane Hayes of Garden Jane to run Hoffmann Hayes, which provides healthy food programming, gardens, and community development services to Developers, nonprofits, and other institutions and organizations. 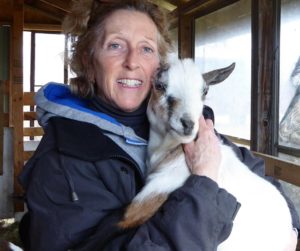 Debbie Nightingale has found the place she knows she was always meant to be – amongst goats, alpacas, chickens, horses and 5 fabulous dogs. Coming from a very urban background (growing up in Toronto), Debbie was Founding Executive Director of the Hot Docs Festival, Director of the Toronto Film Festival’s Industry Centre, and President of her own TV production company, The Nightingale Company – which produced boutique television shows such as LIVING IN YOUR CAR, THE LINE, QUALITY BALLS – The David Steinberg Story and several children’s show. In 2007, she and her husband bought their first farm in Campbellford, Ontario where they got their first 4 goats. They moved to an incredible 200 acre farm in 2015 near Port Hope and the farm business – Haute Goat – has been growing steadily ever since.

Get your tickets today!