Jillian Rodak, Chair and Interim Treasurer
Jillian graduated from Ivey Business School in 2010 with a passion for using business to create impact. After Ivey, Jillian spent a year with Ashoka Canada while independently consulting in the social enterprise space. Upon leaving Ashoka, Jillian worked for corporate social responsibility consulting firm Better The World until 2014, when she moved to Buenos Aires to consult for a social enterprise accelerator. Jillian is now Program Officer at Innoweave, an initiative of the J.W. McConnell Family Foundation. She is concurrently working toward a Masters of Environment and Business at the University of Waterloo. Jillian serves as the Chair of Toronto’s Holocaust Education Week Legacy Committee. In 2015, Jillian was named a Corporate Knights’ Top 30 Under 30 Sustainability Leader.

Adam is the Executive Vice President of Global Licensing and Business Affairs of Spin Master. He has played a pivotal role in forming and shaping the company’s entertainment division and leading Spin Master into a variety of very innovative partnerships to produce compelling television content for kids around the world.  Adam earned a Bachelor of Arts degree from the University of British Columbia in 1996 and completed the Canadian Securities Course in 1995.

Shari Golberg holds a PhD in Religion from the University of Toronto. Her academic work explores feminist approaches to Jewish and Islamic texts and text-based collaborations between Jewish and Muslim women.  Shari also coordinates and facilitates Shema & Iqra’: The Jewish-Muslim Text Project, a grassroots initiative which brings communities of Muslims and Jews together to explore issues of mutual concern, including gender and religious leadership, environmental ethics, and creative expression.  In that vein, in 2012, together with Shoresh, Khaleafah, the University of Toronto Multifaith Centre, and the Muslim Association of Canada, she launched Seeds, Sprouts, and Scriptures, a planting and text-study workshop for Jewish and Muslim youth. And in 2016, she launched a course and arts collective called Blood, Milk, and Tears, which examined the relationship between gender, embodiment, and creativity in Jewish and Islamic discourses.  She has worked as a consultant for the Canadian Race Relations Foundation where she facillitated train-the-trainer workshops on the intersections of race, gender, and religious accommodation issues for diversity and inclusion champions, and has also worked for the provincial government on violence against women prevention initiatives and a strategy to remove employment barriers for under-represented groups, including people with disabilities, immigrants and refugees, Indigenous, and racialized populations. Shari currently sits on the Steering Committee and the Women’s Task Force for the Parliament of World Religions and leads a research strategy on diversity, inclusion, and equity issues for the Ontario Public Service. 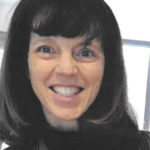 Shimona is a seasoned corporate financial professional and management consultant, specializing in business planning and process, cash and debt management and finance. She has provided consulting services for not-for-profits on strategy, fundraising, budgeting, business development, operational efficiencies, Board of Directors development and relationship management.
Shimona joined the Shoresh Board to be involved in and contribute to an organization that melds her top three passions of environment, education and Jewish values. 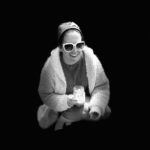 Jessica Gilbert has a Bachelors of Health Sciences from McMaster University and a Masters of Social Work from the University of Toronto.  She  is currently employed as a Social Worker at Toronto General Hospital.  From using cloth diapers to drinking fair trade coffee, environmentalism has always been an important part of Jessica’s life.  In terms of observance, she classifies herself as a Jewish Orthodox feminist. Jessica has experience with event planning, volunteer management, and marketing & communications. When she is not working, Jessica enjoys reading novels and cooking vegan food.  Jessica lives with her husband and three children in Thornhill. 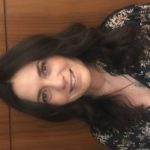 Paula has extensive experience as a product developer in the food industry. She worked as a perishable foods consultant in Europe and a Private Brand developer in the US and Canada.  Her love of food and the environment attracted her to the important work that Shoresh does for the community. 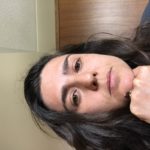