COVID-19 and the Environment: Our Actions Really Mean Something

A sigh of relief came as the environment recovered alongside humans’ reduced activities during COVID-19. Although there has been great hardship and challenge during this pandemic, thankfully there has been a silver lining as well. Our precious environment has benefitted. With fewer drivers on the roads creating exhaust from vehicles, and cancelled flights, and industrial factories closed, satellite data showed a tremendous decline in global levels of nitrogen dioxide (NO2), as well as greenhouse gas emissions put into the environment like carbon dioxide (CO2). Classical Jewish texts severely frown upon “damages due to smoke and bad odours”. High levels of nitrogen dioxide cause poor air quality, resulting in breathing and respiratory difficulties including asthma and cancer. Greenhouse gas emissions trap heat around the earth to create global warming, climate change and poor air quality, and destroy the natural habitat essential to the survival of many species. There has also been a reduced amount of pollutants in the water from industry. As we reflect on the effects this pandemic has had on the environment, we clearly see that our everyday choices and actions can either protect or destroy our valuable resources and dear Mother Earth.

There is a Jewish environmental teaching called ba’al tashchit, which is translated as “Do Not Destroy” and prohibits the wasteful destruction of the environment. Reduced human activities have been accompanied by less disposable waste. Simply by attending a public summer attraction we create immense waste with food packaging, receipts, tickets, maps, etc. With re-openings, what changes can we make to prevent our activities and outings from harming the environment?

While humans spent more time indoors, animals entered empty cities. Deer in Japan, monkeys in India and Thailand, wild turkeys in a schoolyard in California, wild mountain goats in Wales. While not an ideal habitat, this showed how our cities are often lacking in the natural spaces where these animals would prefer to be. In the Hong Kong Zoo a pair of pandas finally mated without the pressure of large audiences. With a reduction in human activity and vehicles on the roads, fewer small animals like hedgehogs were hit by cars, and fewer wild animals were hunted. 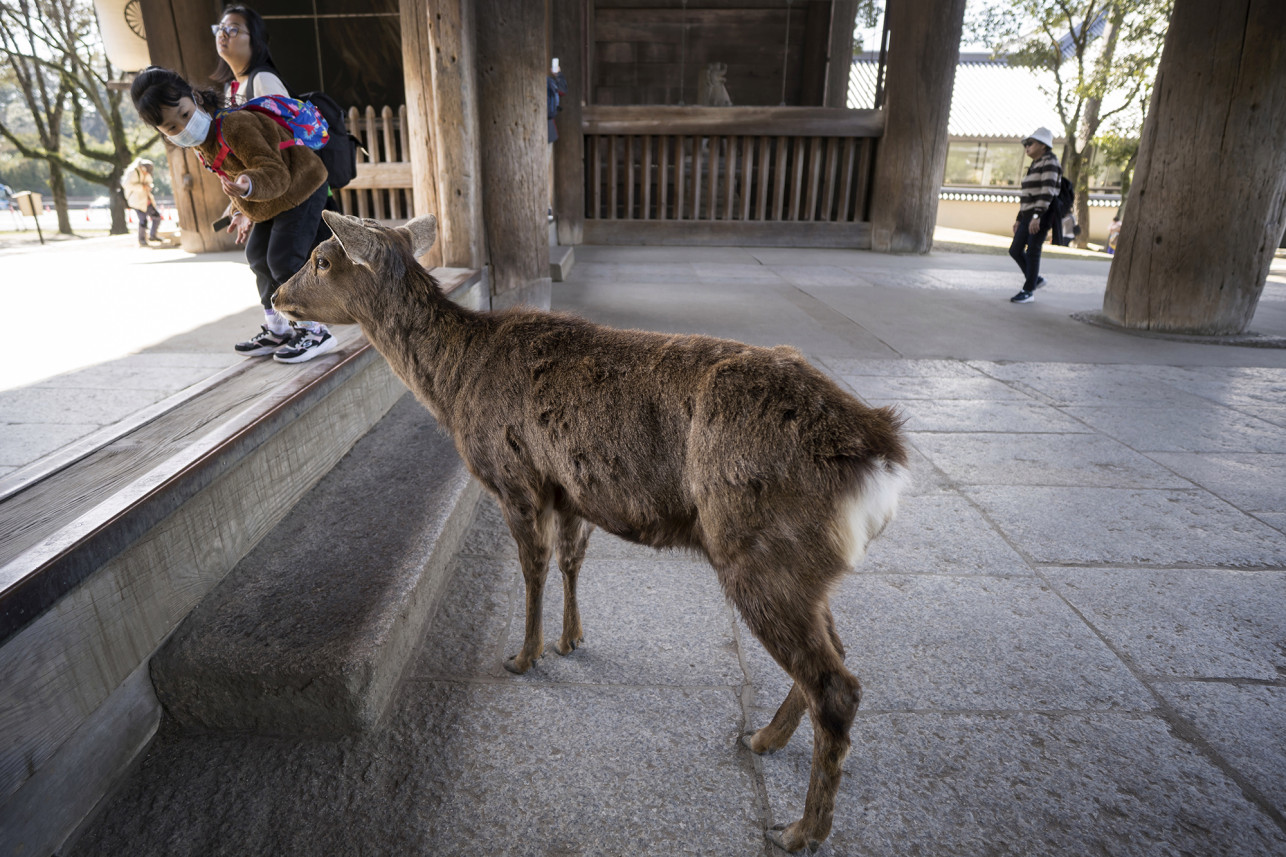 A girl looks at a deer at a temple in Nara, Japan.
Source: NY Post

In Jewish ethics, animals need protection, because they too can feel pain. They must not be mistreated. Thankfully, the pandemic has given attention to the global wildlife trade—an unregulated, unsanitary and devastating practice that has forced some species to near extinction. Scientists have raised the concern that coronavirus and other viral outbreaks are caused by the trade of animals, including bats, dogs and cats. Conservationists hope that the pandemic will spotlight the need to end the trade and poaching of rhinoceros, elephants, crocodiles, tigers, turtles, pangolins and other wild animals. They have urged countries to stop, and as a result of this pandemic, China has banned the eating of wild animals. In Jewish law, there is a term called tsa’ar ba’alei chayim, which is translated as “the pain of living things.” This refers to the prevention of cruelty to animals. Hunting animals for food was sometimes allowed by the Rabbis, but the Rabbis did not allow hunting for sport. Animals feel pain, too, and must be respected.

The cleaner skies and fresher air have reminded human beings of the wonderful benefits offered by Mother Earth. Sadly, this change is only temporary. As the limits of the pandemic ease up and we go back to our usual ways, pollution from vehicles, industry and everyday activity is returning. According to the Jewish philosopher Maimonides, the universe and the earth are a living being and therefore should be treated with the greatest of respect. The Torah explains what is good and bad, and encourages people to make good choices, and choose life instead of destruction. We must take care of nature to ensure the goodness of life on earth, and not forget that our choices have a direct impact on our world and our future.