Shomrei Adamah and Land Protectors: How Can the Jewish Community Support the Wet’suwe’ten?

What is happening in Wet’suwe’ten?

Over the past couple months, you have probably heard about or encountered the many rail blockades and rallies across the country in support of the Wet’suwet’en, Gitskan, Mohawk and other indigenous land protectors. For years, the Wet’suwet’en people and leaders have been defending their land against environmentally destructive development. In 2011, Coastal Gas Link started plans to build a pipeline through unceded Wet’suwet’en territory, without consent. The Wet’suwe’ten people, led by their leaders who are known as hereditary chiefs, fought back, even proposing an alternative, less invasive route for the pipeline. However, Coastal Gas Link rejected this, and proceeded with the aggressive and environmentally destructive plan to build the pipeline through sacred Wet’suwet’en land. 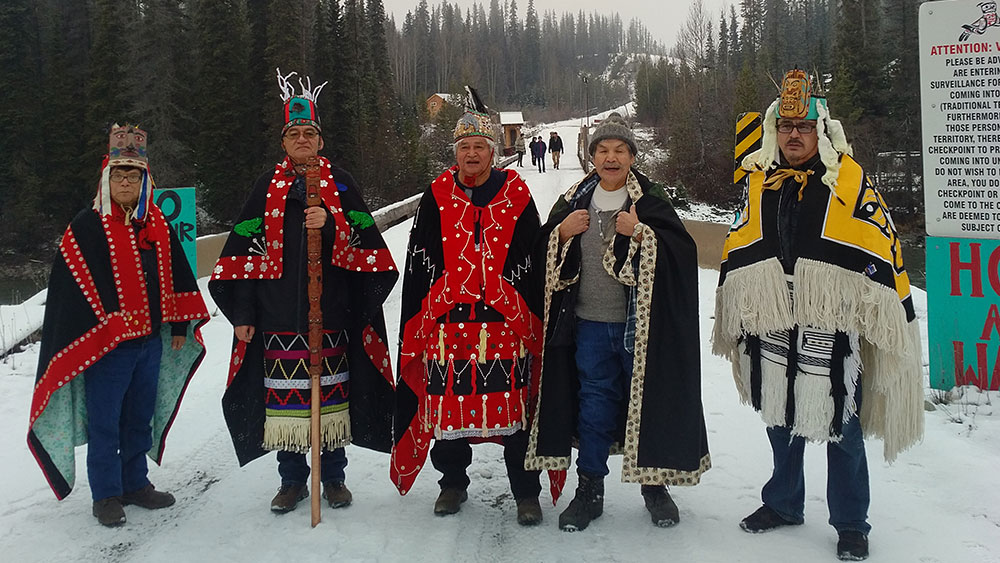 The hereditary chiefs and land protectors have continued to oppose the pipeline project, and solidarity actions have been taking place throughout this continent, which many indigenous nations refer to as Turtle Island, led by Indigenous groups and supported by environmental activists. Escalations increased in January 2019 when the RCMP began to invade Wet’suwe’ten land and violently arrest land protectors.

Why should we care?

As Diaspora Jews, we have an intimate understanding of being a people in exile, having endured forced disconnection from our homelands, physical and cultural genocide. As a community engaged in earth-based spiritual practices, we share a deep appreciation for the sanctity of land and preserving natural resources and spaces.

We, too, are land protectors. At Shoresh, one of our central values is a commitment to being Shomrei Adamah (Protectors of the Earth). As it says in the Book of Genesis (2:15), “And G!D took Adam and placed them in the Garden of Eden, to work it and to protect it.” Recognizing that non-Indigenous Jews are living on this land known as Canada as guests, here are some questions to consider:

The CGL pipeline project will have devastating environmental, health, and cultural consequences. The area that the construction is planned to cross will contaminate the river and land that the Unist’ot’en Healing Centre, a land-based, culturally-informed trauma and addictions treatment centre, is built on. The Wedzin Kwah (or Morice River) is a pristine water source used by the centre for ritual and drinking, and feeds major salmon bearing rivers.

What can we do?

I invite our community  to consider our opinions and actions as being informed by our history of exile and displacement, and the value of protecting the earth.

Learn more! I have presented the information above from my limited perspective, recognizing the complexity of the issue, and so I encourage you to take some time to educate yourself and others, especially by listening to Indigenous land protectors. Here are some educational resources that we have found helpful.

Take action! There are many ways to support and show solidarity with the land protectors. Write your MP, stay informed, and share this information with others.