Risa is an ardent educator, environmentalist, and urban homesteader!  She completed her B.A. Honours at Queen’s University in Comparative Religious Studies, and her M.A. at the Centre for the Study of Religion at the University of Toronto, focusing on Contemporary Jewish Environmental Ethics.  Upon graduating, Risa moved to rural Connecticut where she worked as a Jewish environmental educator at the Teva Learning Centre for three years.  She then transitioned into small-scale organic farming as a member of the Adamah Jewish Farming Fellowship where she grew vegetables on a four-acre farm, worked in a raw goat-milk dairy, and dabbled in the art of fermentation. In 2008, Risa returned to her native Toronto to work as the Founding Director of Shoresh, bringing together her experience in Jewish outdoor education with her love for Canadian soil and the plants and people that it sustains.  In 2010, Risa was profiled as a Woman to Watch by PresenTense Magazine and in 2012 she was honoured to be selected as a fellow in the prestigious Joshua Venture Group Dual Investment Fellowship.  In 2013, Risa was awarded the Covenant Foundation’s Pomegranate Prize for exceptionalism in Jewish Education.  Risa currently lives in Toronto with her partner, Mati, and her children, Ayda and Gavi.  Risa believes that growing food sustainably is an expression of her deeply-rooted Jewish ethics and her favourite vegetable is the beet. 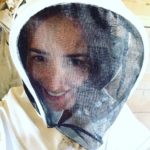 Sabrina began working with Shoresh in 2011 after spending six years working and volunteering in the Jewish Food Movement in New York and Israel. She participated in the Adamah Jewish Farming Fellowship in 2005, graduated from the Eco-Activist Beit Midrash in Jerusalem in 2006, and worked as the program assistant for Hazon from 2006-2007.  Upon returning to Toronto, Sabrina got an M.A in Environmental Studies from York University with a focus on pollinator protection in urban centres.  In 2010, Sabrina was awarded the Canadian Pollinator Advocacy Award from the North American Pollinator Protection Campaign, and in 2014 she was selected to participate in TENT: Food NYC, a week-long program exploring food and Jewish culture in New York City.  Sabrina is Shoresh’s resident beekeeper and her favourite vegetable is cauliflower. 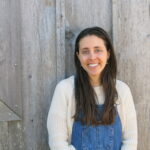 Allie joined the Shoresh team as Managing Director in 2020. Allie is a social and eco-justice advocate and loves spending her spare time crafting, hiking, canoeing, gardening, and baking sourdough bread. She got her MSc in Human Rights from the London School of Economics and Political Science, and has since dedicated her work to empowering youth, refugees, and women in Canada and internationally through innovative and sustainable community-led projects. Her most recent work experiences include coordinating a national resettlement program for Government Assisted Refugees at the YMCA of Greater Toronto and working with women artisans in remote migrant communities in India at RangSutra Crafts through the Aga Khan Foundation Canada’s International Youth Fellowship Program. Allie loves working at Shoresh, combining her passion for social justice and environmental advocacy. Allie truly likes all vegetables, but her favourite vegetables are beets and cauliflower. 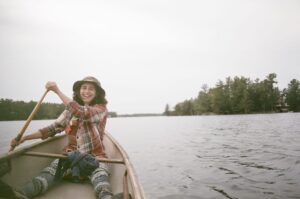 Tiferet is a Jewish environmental educator and community builder. She holds a Master of Education degree from the Jackman Institute of Child Study. Her B.A. from the University of Toronto is in Diaspora and Transnational Studies with a focus on relationships between diasporic and indigenous communities. Tiferet completed two years of Wild Deer wilderness skills training, and is a recipient of the David Suzuki Award for environmental educators. She has been a classroom teacher with the TDSB, a program facilitator with the Toronto Parks Forestry and Recreation Department, and the coordinator of Ecology and Spirituality programming at the University of Toronto’s Multifaith Centre. She is a founding resident of Moishe Pod Toronto creating meaningful nature-based experiences for Jewish young adults. Tiferet’s life has been woven with Shoresh since its inception. She has planted trees and nurtured hives at Bela Farm, tended the Kavanah Garden, designed the Shoresh Outdoor School curriculum, and facilitated immersive retreats and harvestings. She is thrilled and honoured to be returning to help shepherd Shoresh into its next vibrant era. Tiferet’s favorite vegetable has always been chard. 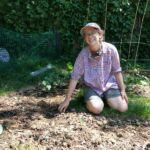 After graduating from York University with a B.A. in Psychology, Mira Ellis participated in the Adamah Jewish farming fellowship in Connecticut in 2018. They are a justice-oriented Queer Jewish community organizer, a previous resident at Moishe House Toronto, and co-founder of Eshel Toronto. Prior to joining the Shoresh team, they worked and learned at Jewish day camps and Synagogue children’s programs throughout the city, and are passionate about accessible, inclusive, and fun Jewish education. When they’re not exploring the ravine systems with children, Mira Ellis can be found growing plants, studying Torah, organizing liberatory community events, or dreaming about mycelium. 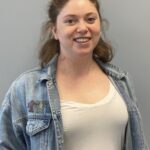 Rachel is an enthusiastic Educator and Advocate, with a passion for Art, Food, Cycling & Gardens. She holds a M.Ed. in Social Justice Education from the University of Toronto, where she focused her work on exploring othered communities, identity formation & childhood autonomy. Rachel’s background is in both youth engagement and arts education, where she has many amazing opportunities to build her skills, including intensive art education internships & time working both with Jewish day camps and Conservative synagogues in the GTA. Along with her work with Shoresh Rachel is also a Family Mediator working with diverse Families across Ontario. Rachel has never met a vegetable she dislikes, but her favourite are Cucumbers and Tomatoes. 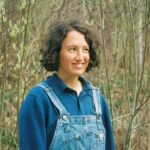 Tamar Goldberg is a talmud-toting tree hugger. Her work in trees in Toronto’s public and private sector and her years of experience leading canoe trips for Camp Ramah in Canada have led her to the inevitable conclusion that the best place to be is outside. Tamar has studied in many institutions of Jewish learning, including TanenbaumCHAT, Associated Hebrew Schools, Pardes, BASE, and Urban Adamah. She draws on her diverse experiences in the Jewish and natural world to help others to become students of the wilderness. As a founding resident of Moishe Pod Toronto, she is dedicated to creating and facilitating Jewish community gatherings focused on ritual, song, and nature connection, with the ultimate goal of building a just society. 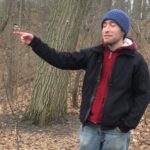 Paul Kitz has always been drawn to big questions — Where does Truth lie? How can I grow more intimate with life? How can we, collectively, live in a way that honours the dignity of life in ourselves and others? What does healing look like? These kinds of questions have taken Paul into politics, into the wilderness, and on a meandering spiritual journey that has included being ba’al teshuvah, leaving Judaism, and connecting with teachers from various traditions before reconnecting with Judaism through family, lineage and ancestry. Throughout his life, Paul has found much joy, connection and purpose in spending time with young people. He is a Child and Youth Care Practitioner that has worked with individuals and groups from family homes to summer camps, ballet schools to hospices. He is blessed to currently work in a mentorship role with people of all ages (but mostly kids and teens) in the context of nature, and couldn’t be more excited to support B’nei Mitzvah living into their own big questions at such a potent time in their lives.